Once again I found an awesome Twitter hashtag trend. This one involves writing a bad explanation of a film plot.

Scrolling through, there were a lot of crummy ones, but these were my favourite:

Teen boy skips school, steals a car, fakes an identity for food, & hijacks a parade all to impress a girl. #ExplainAFilmPlotBadly

#ExplainAFilmPlotBadly A drug crazed lunatic slowly kills children in front of their parents one by one. #willywonka pic.twitter.com/YEeMkmsiDa

#ExplainAFilmPlotBadly It’s like FernGully on another planet and everything has an organic USB port.

I couldn’t come up with any of my own, but let me know if you can!

Over the last fifteen or so years, I have dedicated myself to researching new writing (short story, novel, script) tips, tricks, and techniques. So, naturally, I want to share them with you all.

Some of these tips will be from my own experience, some from research, and some from my university studies.

Let me begin by saying these structure plans are not a ‘must do’. Yes, they are how the vast majority of novels and screenplays are written, but writing is a creative form and can always be beautiful when done uniquely. This is the simple version (in-depth version still to come). For examples throughout, I will be using Speed (1994) – this means there will be SPOILERS!

Each story needs to begin with the introduction of the lead character and the world of the story. The majority of lead characters need to garner sympathy from the audience. If we feel bad for them when they are being targeted by the bad guys, we will root for them. (i.e. Jack Traven and Harry Temple are L.A. SWAT officers. Straight away we see them in action, and acknowledge them as the good guys. When Jack shoots Harry to get to bomber-Howard, there is humour, a likeable emotion. We like them, therefore we root for them.)

This is where the action really takes off. Our lead character must be affected by an urgent and difficult problem. Not every problem the lead character will face is evident at this point, but it sets up the antagonist. (i.e. Bomber-Howard contacts Jack, and sets up the premise: “There’s a bomb on a bus. Once the bus goes 50 miles an hour, the bomb is armed. If it drops below 50, it blows up.”)

3. Attempts to overcome the problem

This is where the majority of the story/novel/screenplay takes place. Imagine a cliff with jagged rises. Each plateau is another problem. There are no real limits to how many problems your story needs, but each one needs to keep progressing the story. (i.e. Speed (1994) contained many problems for Jack to overcome. They include – not in order because I can’t remember – getting onto the bus that has already reached the bomb activation limit, passenger with gun and subsequent shot driver, navigating in heavy traffic without slowing, getting passengers off, etc.) 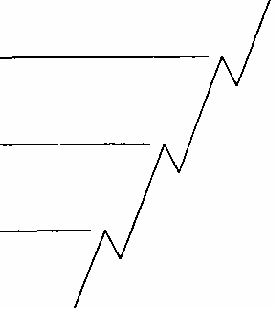 This can either be a continuation of the action – one thing leading to the next and never letting up or giving the lead character time to breath and recover, or almost like an after-thought – such as in Speed (1994) where Jack and Annie think the event is over only to have to face one last, major, problem. This problem needs to be more threatening than the others. The lead character doesn’t even need to be entirely successful (though it is the norm), but it is the end of the conflict.

The end of the story needs to almost mirror the introduction. It will show how the world of the story has changed, and how our lead character has grown from the experience.

So, this is the simple version of the Plot and Structure Plan. I will be going through the in-depth version soon, but this version is still great for beginners.